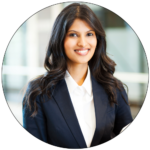 Even before Ishani started college, she found herself working in sports. That was a long, long time ago when TV broadcasts were still a rarity, cable stations were scarce, and everyone listened to the radio. Back then, Ishani assisted a radio commentator for cricket matches. Twenty years later, the image still remains secondary to the cricket games she follows, while passion remains first.

Today, Ishani firmly believes that trying to get the forecast right could make any match interesting. She carefully researches underserved leagues and markets that go beyond “who’s going to win the game” and supervises the quality of the bettingcricket.in content production.